We're OPEN and shipping orders daily to ensure you have continued access to safety, rescue, and essential goods during this uncertain time. We will remain open for as long as possible to meet all your business needs. We are diligently following guidelines and best practices from the CDC and local health departments.

To Bolt or Not to Bolt?

Decision making has never been my strong point. It takes a great deal of effort to choose one thing at the expense of another. It could be said that I have a problem with commitment; I’d rather call it an analytic mind. It’s a mind that plays the devil’s advocate on itself, capable of seeing an issue from multiple perspectives and weighing all the pros and cons. This means my decisions are usually well thought out. But, it can result in “analysis paralysis,” in which no decision can be made. The analytic mind has its own pros and cons – it’s hard to say if the trait itself is a good or a bad thing.

Savannah Cummins asked me to join her and Dawa Yangzum Sherpa on an expedition in November of 2019 to the Nepali Himalaya. The goal: to establish sport (bolted) climbs near Na, a remote village in the Rolwaling Valley. 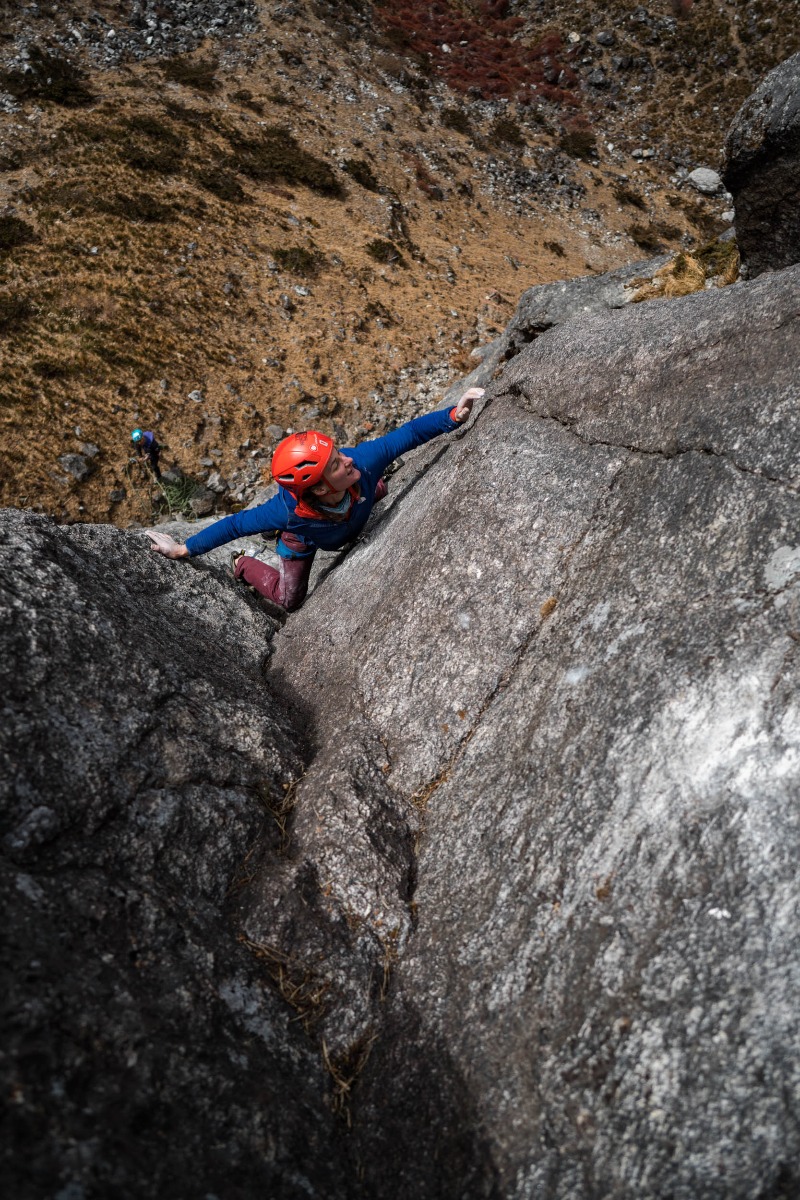 Placing bolts in rock is an act of leaving a mark. Permanent. With the proposition of placing bolts, my analytical mind kicks in to make the decision: Should this cliff be bolted? It is a choice of one thing at the expense of another. What are the costs of permanent holes and steel in the rock? Environmental? Aesthetic? And is climbing worth the cost? It is easy to see the benefits of climbing in my life. It has helped me develop the ability to focus. It has fostered an appreciation for the natural world. It has given me a solid community. It makes me happier. Certainly, I enjoy the ease of clipping bolts. I wouldn’t be the climber that I am today without bolts enabling me to push my physical limits. I believe many people feel the same way. Climbing appears to be worth the cost of this minimal alteration to rocks in general. But who am I to make this decision about a specific wall? Who am I to make these permanent alterations?

Na, the highest settlement in the Rolwaling Valley, is the summer home for the local people. The village (at about 4200 meters) is nestled in below 6000 meter, snow-capped Himalayan peaks. During the wet summer monsoon season, the villagers grow crops of grains and potatoes and raise herds of yak. The winter months are cold, but drier. The more stable weather lends itself to climbing. Vertical cliffs make up the valley walls. The south-facing cliffs can be sunny and warm, while many of the north-facing cliffs become thick with ice. During these winter months in the Rolwaling Valley, while the local villagers move to lower elevations, the Nepal National Mountain Guide Association (NNMGA) runs their guide trainings. 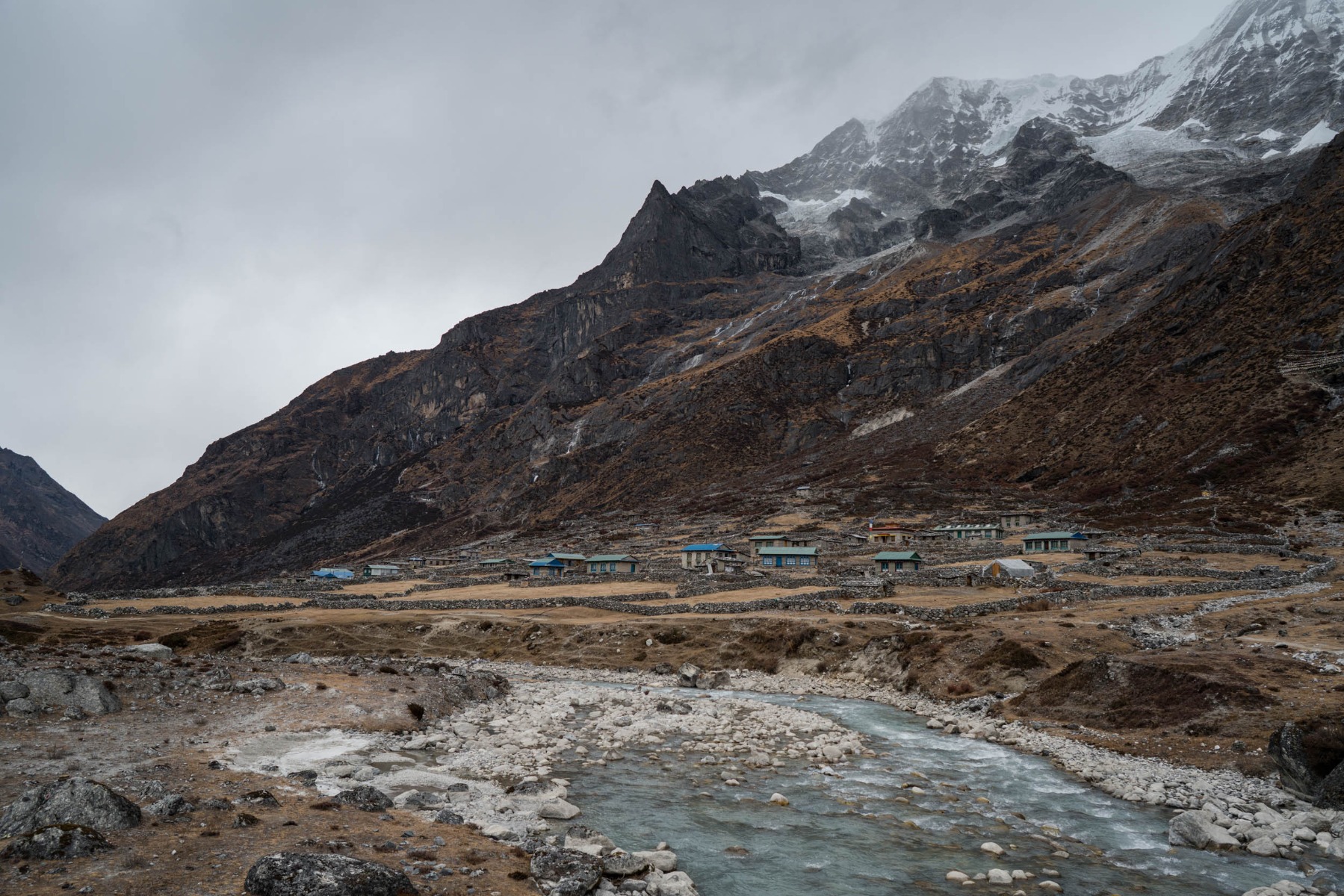 My teammate, Dawa grew up in the Rolwaling Valley. In 2010, she was invited by visiting climbers to join first ascents of the Rolwaling’s world class ice routes. She has since established herself as a mountain athlete, receiving distinction for a résumé that includes multiple ascents of Everest and the first all female Nepali team to summit K2. She trained with the NNMGA in the Rolwaling Valley and in 2017, completed her exams, becoming an IFMGA (International Federation of Mountain Guide Associations) certified Mountain Guide – the first woman in Asia to receive this prestigious certification.

Many people travel to Nepal to climb with the guides that have trained in the Rolwaling Valley – a significant portion of Nepal’s economy (especially in mountain villages) is based on mountain tourism. In order to make this industry as safe and successful as possible, the guides need the best training available to them.

While out for drinks in Kathmandu, we chatted with one of Dawa’s friends, another local guide. He had just returned from shadowing a mountain guide training in the Alps.

“What were they doing differently over there?” we asked.

He replied that the biggest difference he noticed was their proficiency moving on rock. European climbers have access to an abundance of sport climbing and it shows. Our conversation reinforced the purpose of our trip: to create more accessible rock climbing for Nepali guides to train. We learned that Nepali climbers don’t have as much access to trad gear (traditional, removable rock protection, e.g: cams and nuts), adding to the need for bolted routes specifically. The locals in Kathmandu were excited about our plan to develop these routes. They showed us photos of the Rolwaling, lent us extra drills and recommended crags to explore. 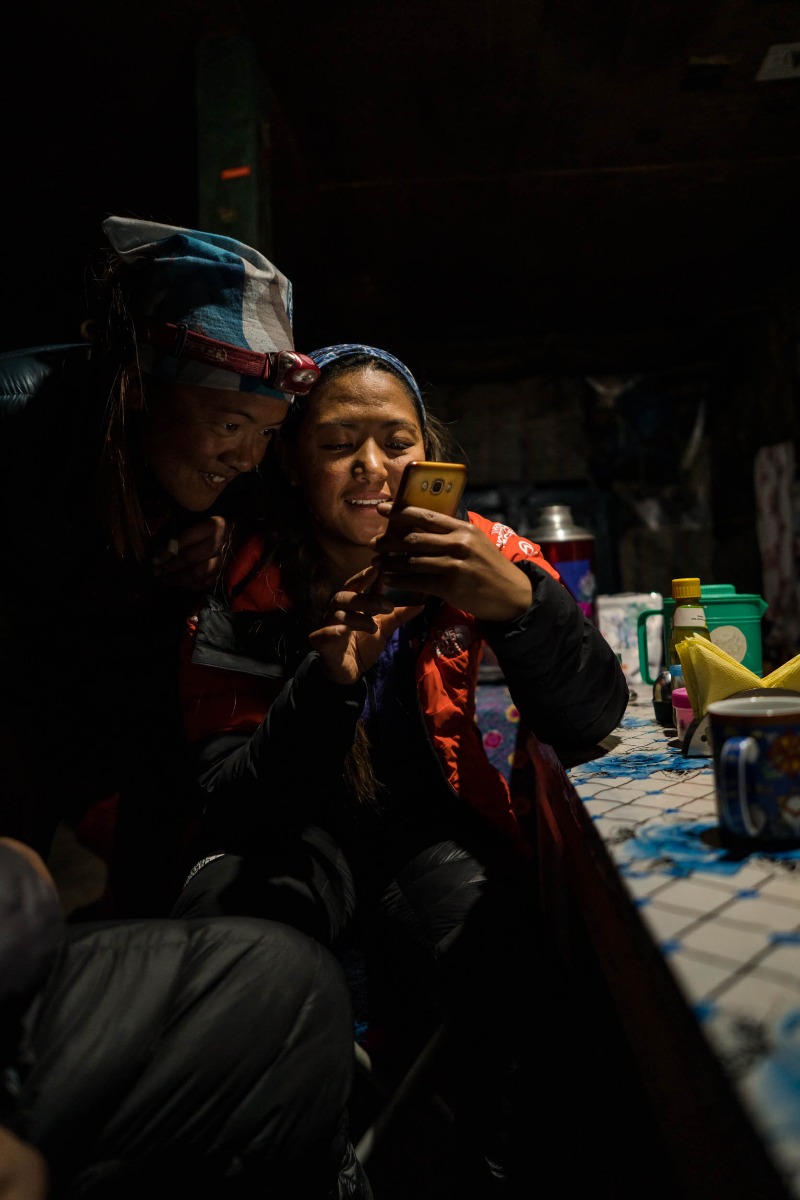 “Don’t bolt them like they do in Yosemite!” said one guide, upon hearing that Yosemite, with its notoriously challenging and often sparsely bolted routes, is my usual stomping ground.

If anyone has the “right” to make a decision to place bolts on these particular cliffs, it’s the locals. As Dawa and the other local guides expressed their excitement for establishing bolted routes on the cliffs surrounding Na, I began to feel absolved of responsibility for the decision.

After a three-day trek into the mountains, we arrived in Na. We immediately set about exploring potential routes. We worked from ropes fixed to trees and gear at the top of the cliff; this enabled us to find the best routes before we placed any permanent hardware.

When it came time to drill holes in the rock, my analytic mind was triggered again. This rock is hundreds of thousands of years old. Putting a hole into it felt like defacing a piece of ancient history. We are here, we have already decided to do this: at least we must do it right. Where exactly should each bolt go? 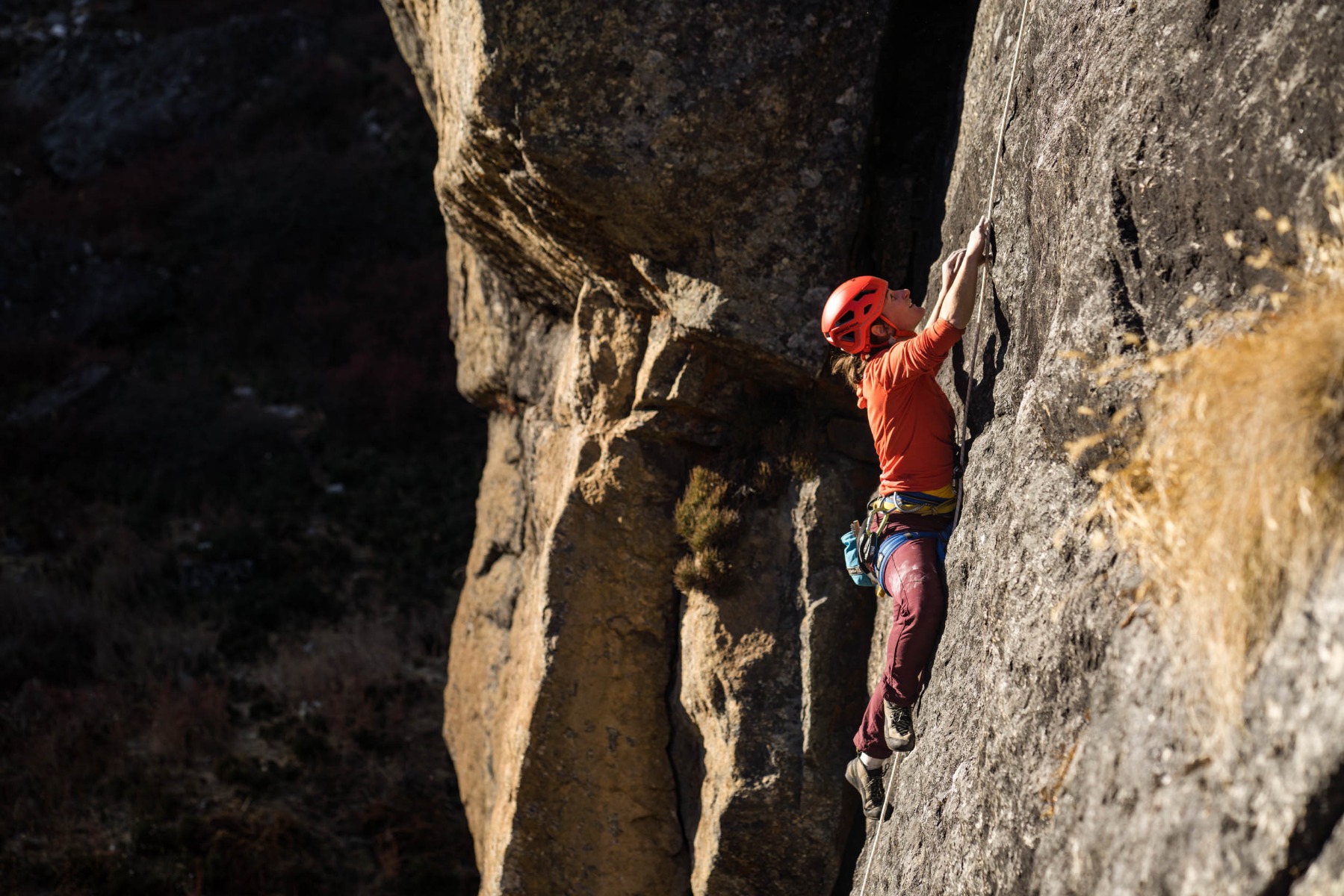 I climbed each section of a route many times, working out sequences, finding the stances, evaluating the potential falls. From a stance, I reached up to what I thought would make sense as a bolt placement, then marked the spot with a little chalk. I continued up, looking at that dot as if it were my bolt and thinking about what it would be like to fall from each move. When it seemed an appropriate distance, I made another chalk mark. I didn’t want to put in too many bolts, but I also wanted to avoid making anything unnecessarily hazardous. It’s a fine line to walk. Every little chalk mark was drawn after decades of experience climbing on (and falling off) bolted routes around the globe. Many of the chalk marks were drawn, then erased and drawn again, often mere inches away from the original spot. Then another team member would climb the route to give a second opinion. Chalk marks were erased and redrawn again. Everyone has a different style. We worked to balance each of our styles to achieve quality.

Hungry and dehydrated, hanging from the side of the wall one evening as the sun went down, I urged my analytic mind not to overthink it. But, as tired as I was, I could not make a decision and left the drilling for the next day. While hiking down, I began to think of developing routes in a new way. It is an art, an interactive art that others would enjoy. And others would be put at risk if it wasn’t done well. We should analyze every detail and place each bolt with intention. I thought: we are not defacing ancient history, but making art that allows us to interact with ancient history. And this art, made of steel placed in rock will last a long time. It deserves to be well thought out.

When I returned to my canvas the next day, I settled into the process of making art. I realized that I had found the perfect task for my analytic mind. 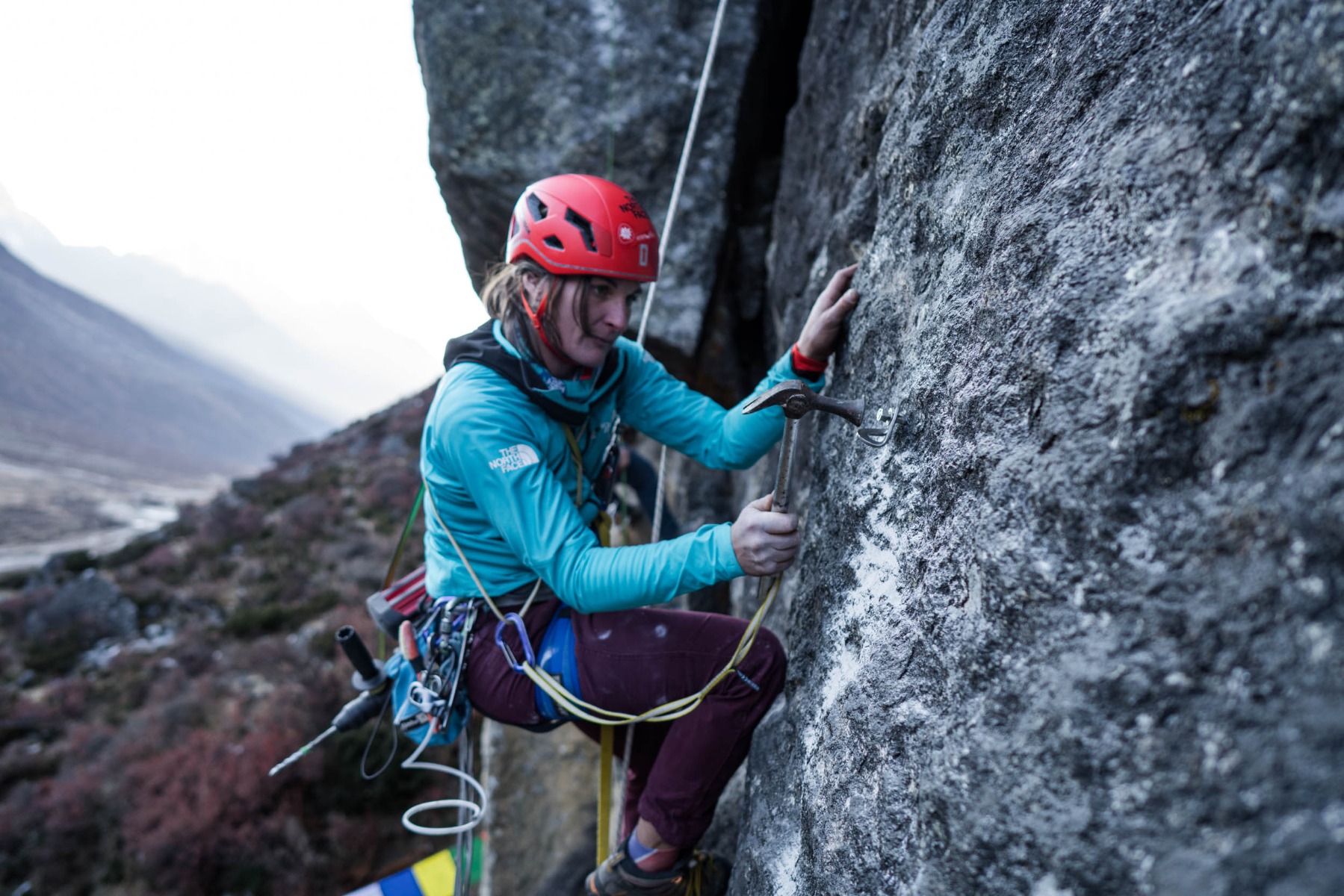 * In November of 2019, Savannah Cummins, Dawa Yangzum Sherpa and Josie McKee established a total of 10 new pitches in the Rolwaling Valley. The routes (mostly single pitch and one multi-pitch) are located at two separate crags, ranging from French grade 5- to 7a+ (5.9 to 5.12a). The NNMGA is currently (December 2019) holding a guide training course in the Rolwaling Valley. We hope that the instructors and trainees enjoy these new routes! 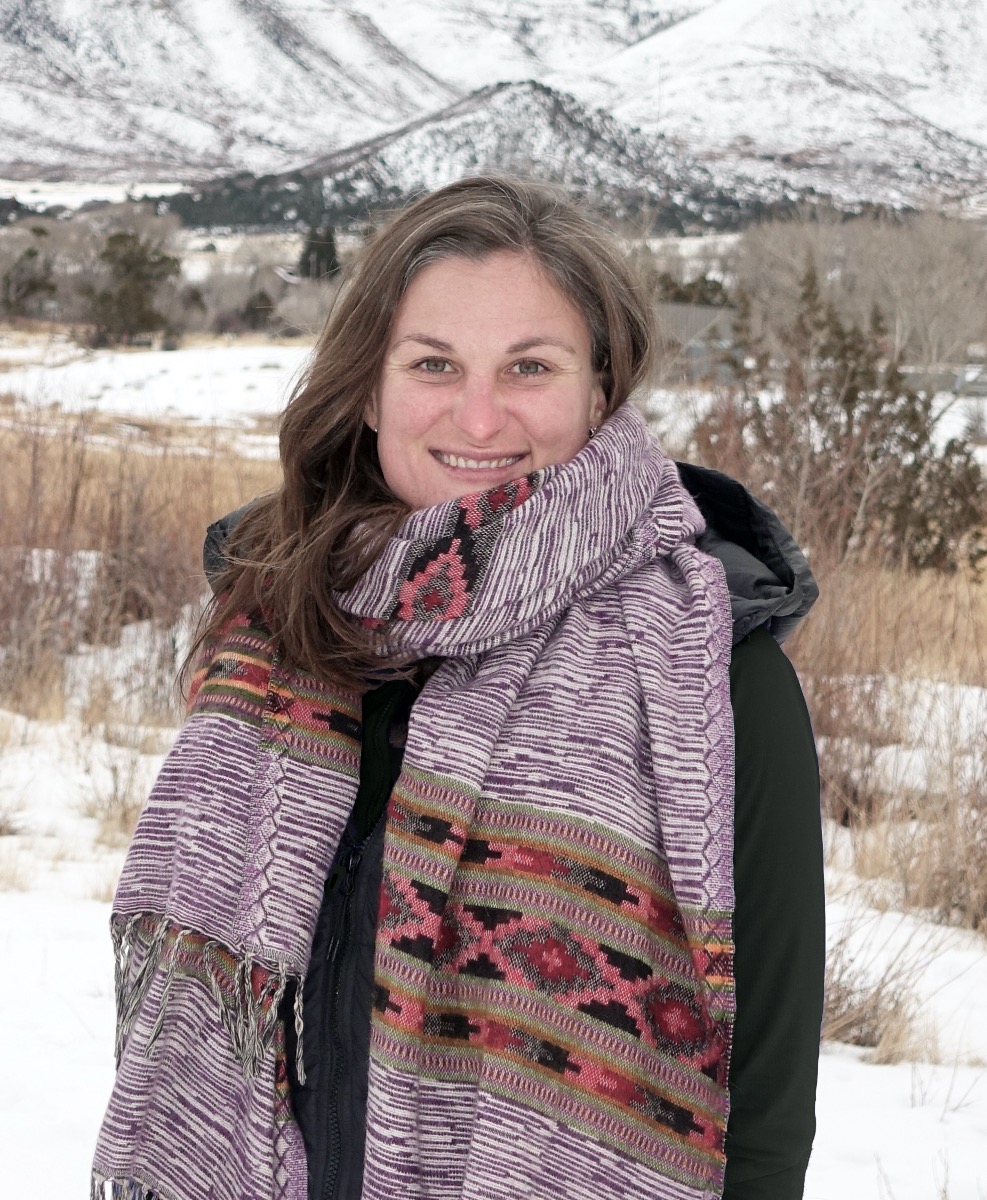 by Josie McKee
Josie is an adventurer, athlete and storyteller. Inspired by movement and wild places, she is driven by the curiosity to explore the limits of what is possible. After several years working on the Yosemite Search and Rescue team (YOSAR) and climbing the park’s bigwalls, she developed the skills to explore other challenges. She spends time traveling to climb, holds bigwall and alpine speed records, and has put up first ascents across the US, Patagonia, Mexico and the Himalaya. Josie loves sharing stories and lessons learned from her adventures (and many misadventures!) through writing, slideshows and climbing/wilderness medicine courses.